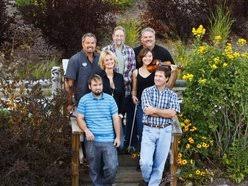 The Series at Lavender Hill Farm is a live music concert series held in our beautifully renovated, multi-use barn starring some of the best talent from across the United States and beyond. The bands are carefully selected to uniquely represent a wide array of music styles and bring an unexpected variety to Northern Michigan. Guests arrive early and enjoy picnicking with friends on our lawn overlooking fields of lavender. Our venue, built in 1920, has been skillfully adapted, lighting, sound and stage. We hope that you enjoy your time on our farm and welcome you to make The Series at Lavender Hill Farm a summer tradition.

Doors open at 6 PM.Guests are welcome to picnic before the show.Concert starts at 7:30 PM.

*2020 Season Update: We have had to make several changes to our concert series and our daily operations at the farm in effort to follow CDC guidelines and Executive Orders.

General Admission Individual Tickets and Lawn Seats to this show will be available for purchase starting at noon on June 27, 2020 until sold out. ALL SALES FINAL.

Horton Creek Bluegrass formed in 2004 after they played, what they thought, was a one time gig to fill a spot. That one show went so well, that they had to keep on going. Initially, they began by playing mostly traditional bluegrass and gospel music. As time went on, they began to expand their musical influences, to create a sound that incorporates traditional/progressive bluegrass, country western, a little bit of rock n’ roll, all while keeping the core around the roots music.

As our sound transformed, and the chemistry between band members grew and grew, the bookings for shows started rolling in. We have played concerts for sold out theaters, Bliss Fest, as well as, being the opening act for major players in the industry, such as Trick Pony and Kellie Pickler.