Together we celebrate and support local musicians with short outdoor performances for Series ticket holders to enjoy while picnicking before the shows and for guests to enjoy while visiting the farm during our Lavender Fest Fridays.

If you are interested in learning more about Local Ground, please contact us at events@lavenderhillfarm.com and put Local Ground in the subject line. The application deadline is February 21st for the 2022 season. We look forward to hearing from you! 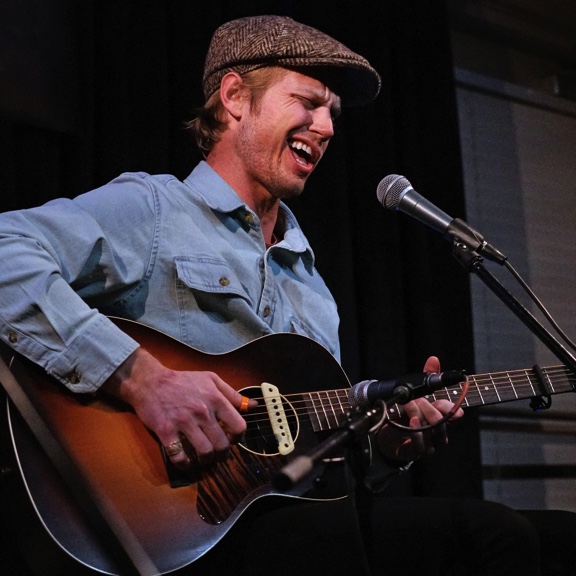 Peter Jensen is often found playing across Northern Michigan with his finger-picking bluesy tunes. A resident of Petoskey, Peter is paving his own path in the great Northern Michigan music scene. He specializes in country blues, ragtime and piedmont blues and most recently performed at the Great Indoor Folk Fest in Traverse City. Peter Jensen Facebook 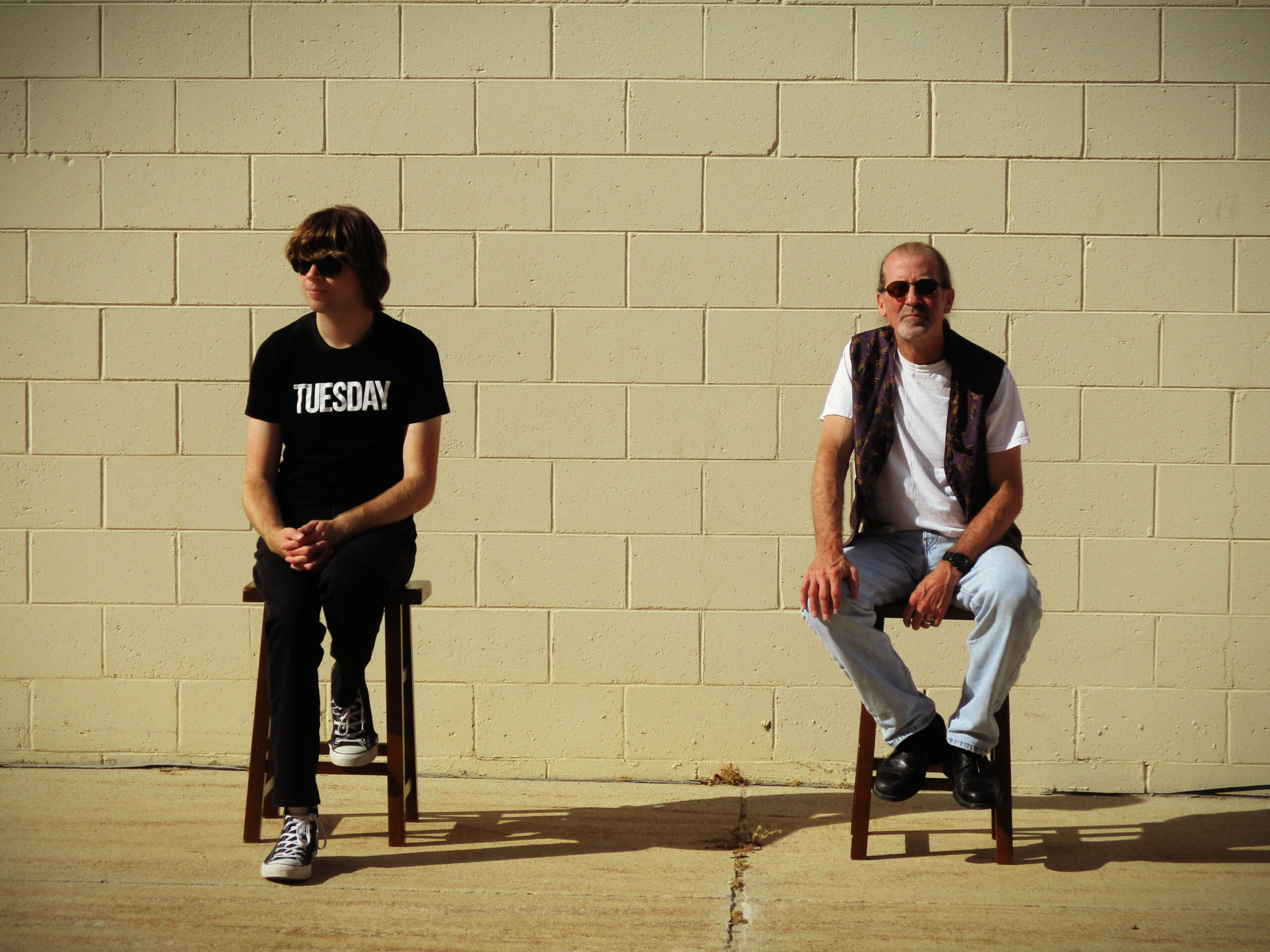 The acoustic-driven, yet still rock ‘n’ roll sound of Ryan Cassidy will bring back a flood of memories as well as create brand new ones. Ryan’s show takes you through a musical journey, beginning with the raunchy 1950’s music scene and taking you straight through the British pop of the 60’s, the classic rock of the 70’s, the new wave of the 80’s, and the alternative of the 90’s. Ryan’s original music is described as a blend of all those different genres, and then some. Ryan is often joined live by his father, Mike Cassidy, providing percussion and background vocals to the mix. Ryan and Mike have been singing together for over 15 years, making their chemistry tough to match. Ryan Cassidy Facebook 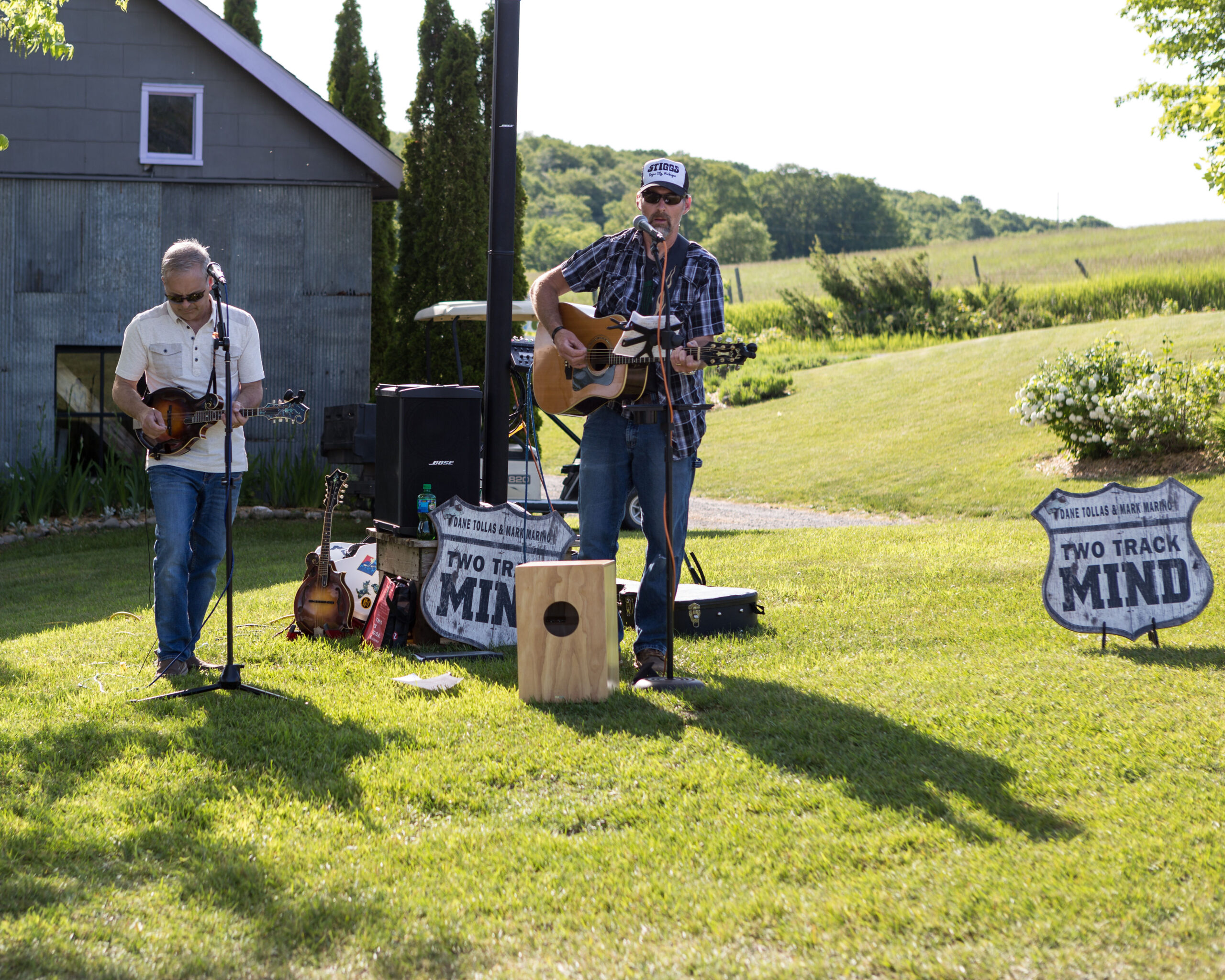 Two Track Mind delivers songs you’ll recognize, but with a feel and interpretation all their own. Best defined as Americana, yet their repertoire spans rock, a touch of bluegrass, and beyond.  This Petoskey based acoustic duo is led by the rich vocal and guitar work of Dane Tollas, and complimented by the tasteful mandolin work of Mark Marino.

Dane got his start busking on street corners in Colorado. Mark began as lead guitarist for several Detroit rock bands, before becoming obsessed with the mandolin. Two Track Mind is a good descriptor for these two diverse musical backgrounds coming together and most of all, having fun in the process. Two Track Mind Facebook 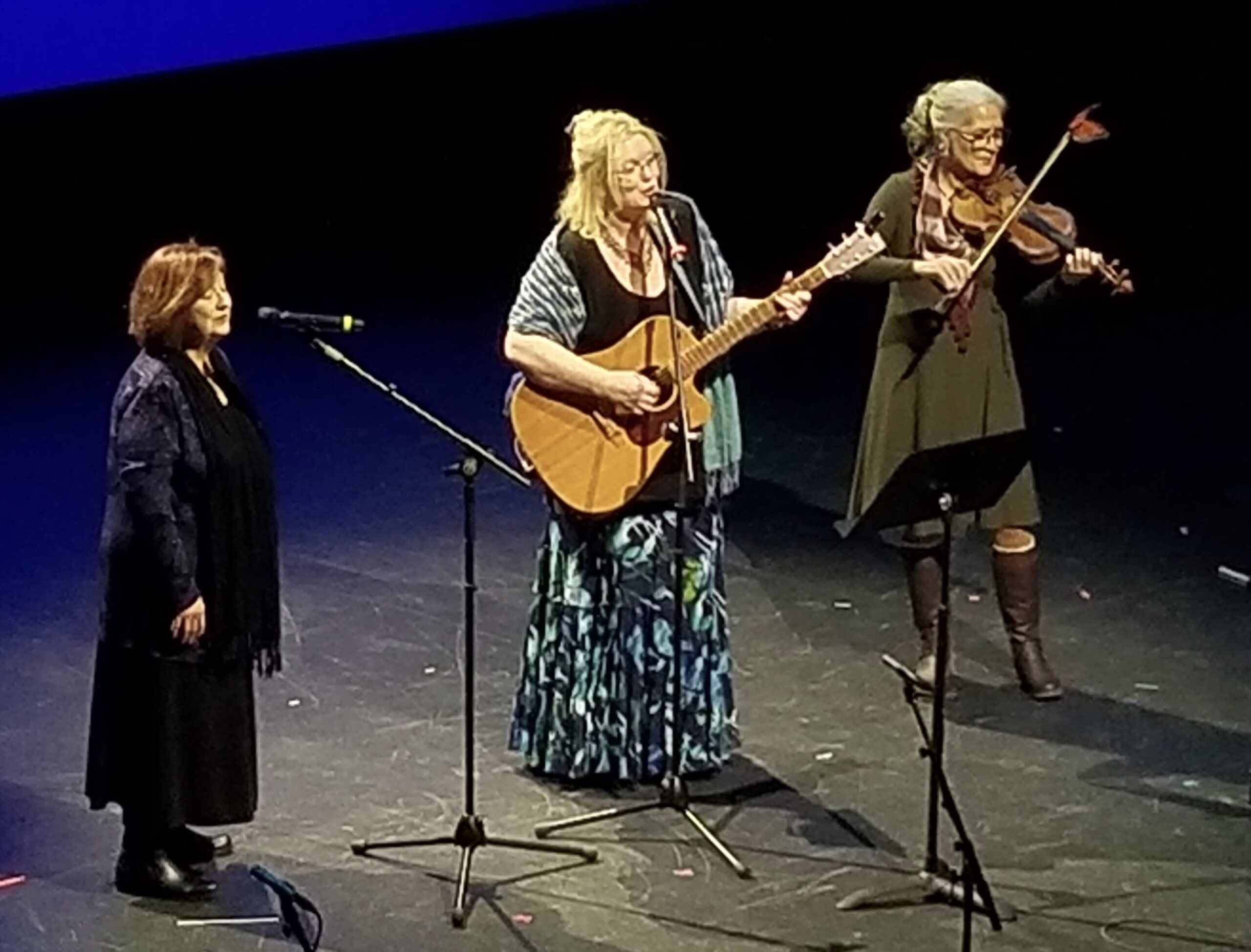 HeartSpace is the intertwining of three musical friends; much like a rope of three strands made stronger by their joining. Raised in a musical family, Pam Luce has been lifting people through song for many years.  Her faith and strength shine through her strong vocals and intuitive harmonies.

Lee Anne Whitman has been charming audiences for 15 years.  Love shines through the songs she writes and sings.  Her sweet, airy voice and warm guitar are known and loved by people throughout Michigan.

Kelly Shively, a northern Michigan native, infuses the songs she sings with hope.  Her clear, warm voice weaves her stories as she accompanies with banjo, banjola and fiddle.

These three women are each accomplished songwriters and solo artists.  Their strengths are only enhanced when they join together in that place where their love of music, and the people they share it with, meet: their HeartSpace. 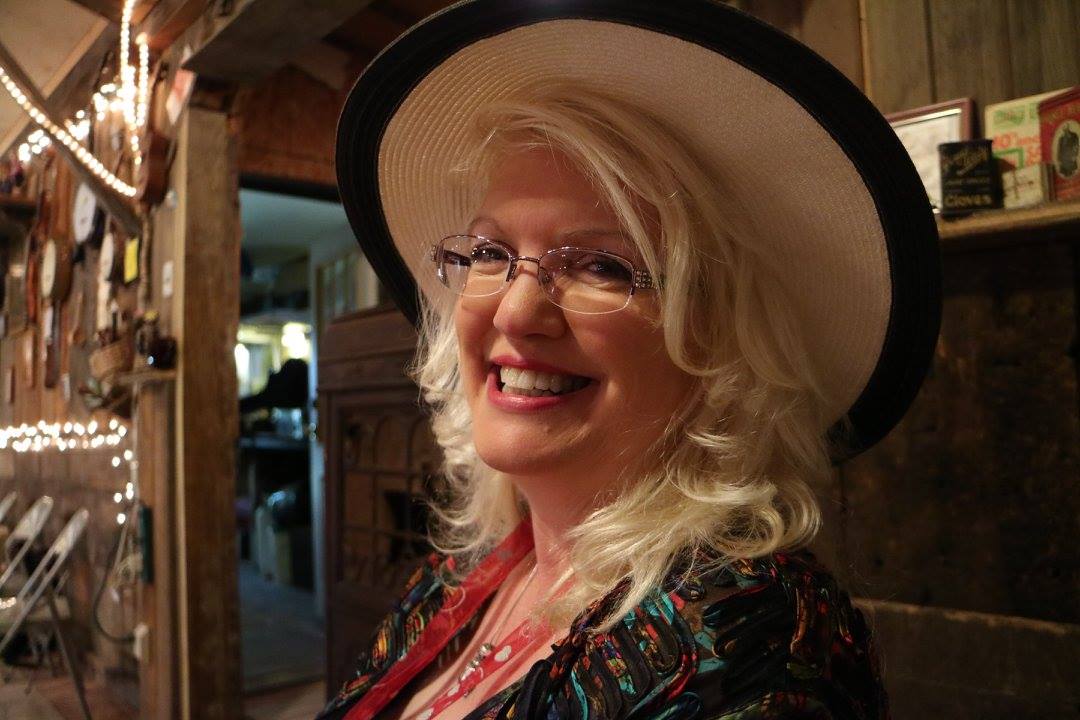 Lavender Moon is new on the musical scene for 2020!  The band combines the music of Lee Anne Whitman of Indigo Moon with the musical talents of Lavender Hill Farm’s very own Will Stubbs on guitar.  Lee Anne’s sister, Mary Kushner, brings the fun elements of singing along and engaging little children in the music too!   Look for a few surprise guests joining Lavender Moon this summer! Lavender Moon Facebook 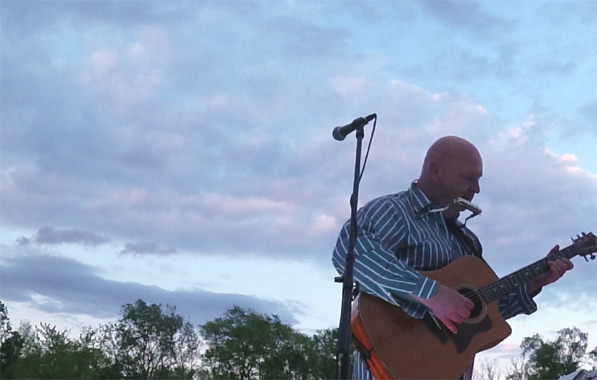 Jeff Tucker began his music career in New Orleans while a high school and college student, and he credits the experience of coming up in the city’s entertainment/tourism-based economy with teaching him the difference between a “professional musician” and a “rock star”.  He and his band On the Beach appeared regularly throughout Northern Michigan from 1994-2015.

For over thirty years, Jeff Tucker has earned a living as a singer-songwriter and performing artist.

Over 4,000 performances as a bandleader and solo performer and several CD’s of original music have taken him on a road from Northern Michigan to South Florida; New Orleans to the Carolina Lowcountry. His solo sets feature vocals and acoustic guitar – with lots of harmonica playing – on a combination of Jeff’s original songs and cover music that draw upon a variety of influences, including adult rock, jazz, blues, and Americana.

“Blair is an enigmatic blues artist with a tendency to melt faces with his guitar licks. Blair leans heavily on Delta Blues and roots interpretations” Vanessa Clark Music Entrepreneur. “Blair is really good at what he does, authentic old school blues” Tim Harding The Villette Brothers. Blair has been playing the roots blues classics and his originals at many venues in Northern Michigan and in Ann Arbor Michigan. His CD’s Blair Miller At the Depot and Hot Hard Rain have been getting radio air time. He has made multiple radio and TV appearances. He has co-presented slide guitar workshops and classes/ concerts on The History of the Blues. In August 2017 he had the honor of opening for the Ann Arbor Blues Festival. blairmillerblues.com 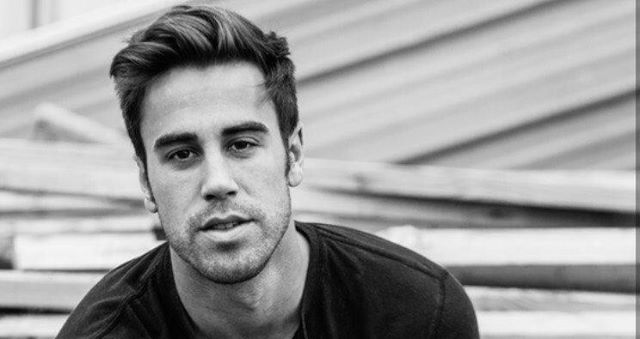 Tyler Parkin (Ty) is singer-songwriter and performer. He grew up in a small town in northern Michigan where he learned to play guitar, sing and write songs.

“Playing guitar and singing in my college dorm was the serious start for this dream. It got more fun when people would knock to come in listen and sing along. It led to me playing the local late-night college hot spot.” 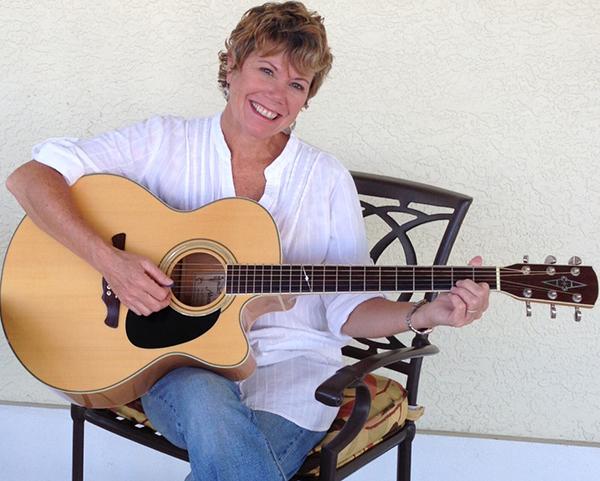 Melissa Welke has been singing and writing songs for several years. Performing at such venues as Blissfest Music Festival, Mackinaw City Outdoor Amphitheater, Boyne City Strolling the Streets, Harbor Springs Street Musique, Charlevoix Area Library Folk Music Series, Alliance of the Arts Farmers Market and numerous other private gigs she aims to project a positive attitude in her music. While wintering in Florida she found the ACMA, and has performed at many shows. Melissa always leaves the listener walking away feeling inspired.

The Lonely Lovers is a northern-Michigan musical collaborative helmed by Mark Blaauw-Hara and featuring the contributions of a number of local musicians, including Jen Schaap, Caroline Barlow, Jamie Platte, Ann Stebelton, Chris Graham, Kevin Putman, Greg Carpenter, Cody Farrier, and Chris Koury. The usual live line-up features Mark, Jen, and Caroline on vocals, bass, and guitars, along with Chris, Kevin, or Greg on the drum kit. Both in the recorded music and in their live show, the joy they feel at playing together is palpable.

The Lonely Lovers write songs that tell the stories of Michigan folks who are trying to get by and find connections with one another. Sometimes these folks get it right, and sometimes things take an unexpected turn. The group’s songs follow in the tradition of place-based musical storytellers like the Turnpike Troubadours, the Drive-By Truckers, and Bruce Springsteen, resonating authentic experience with every chord. thelonelylovers.bandcamp.com 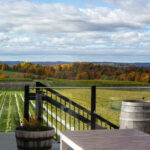 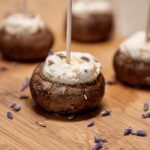 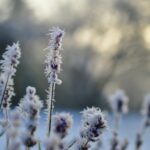 Caring for Your Lavender in the Winter