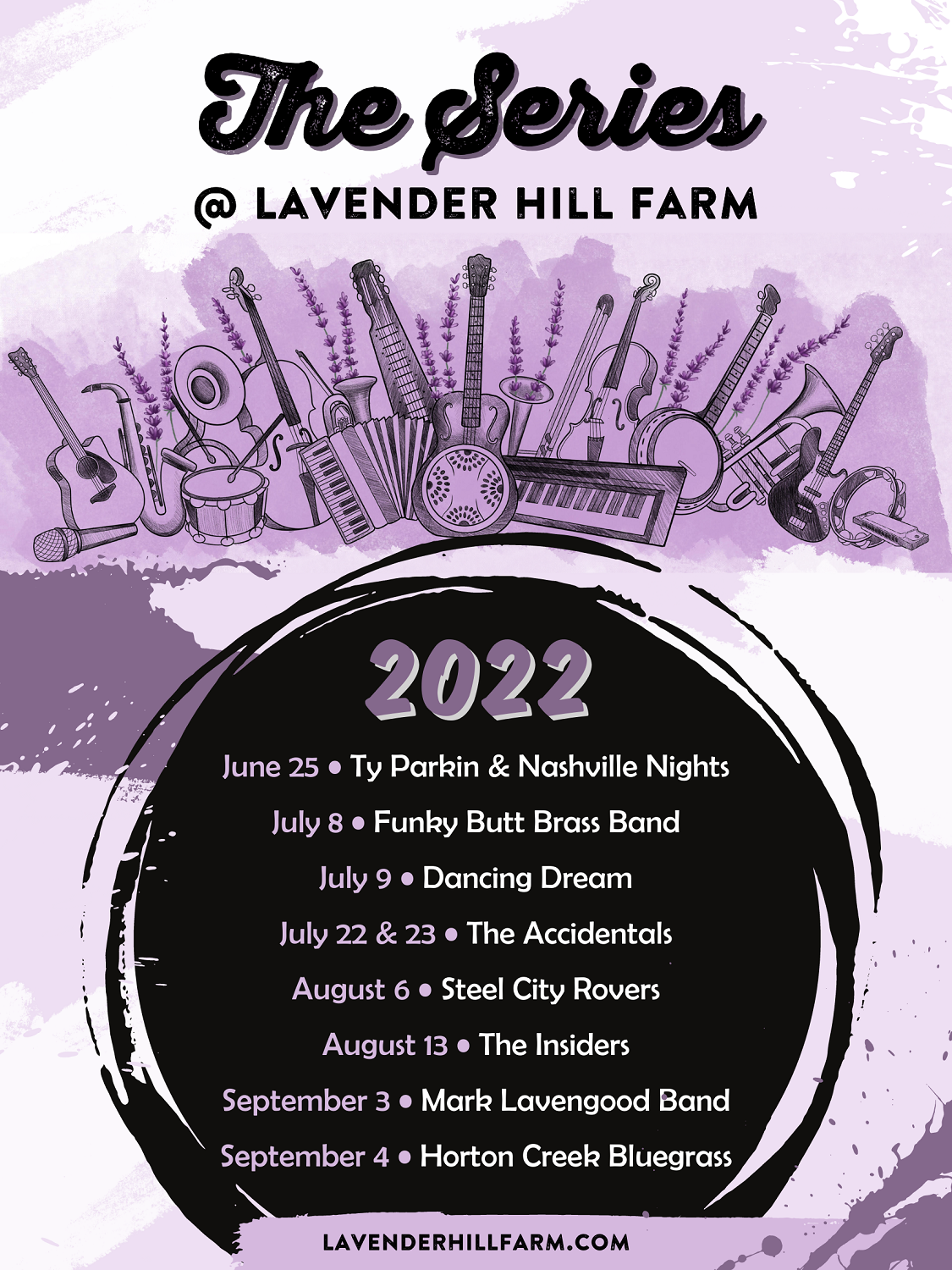 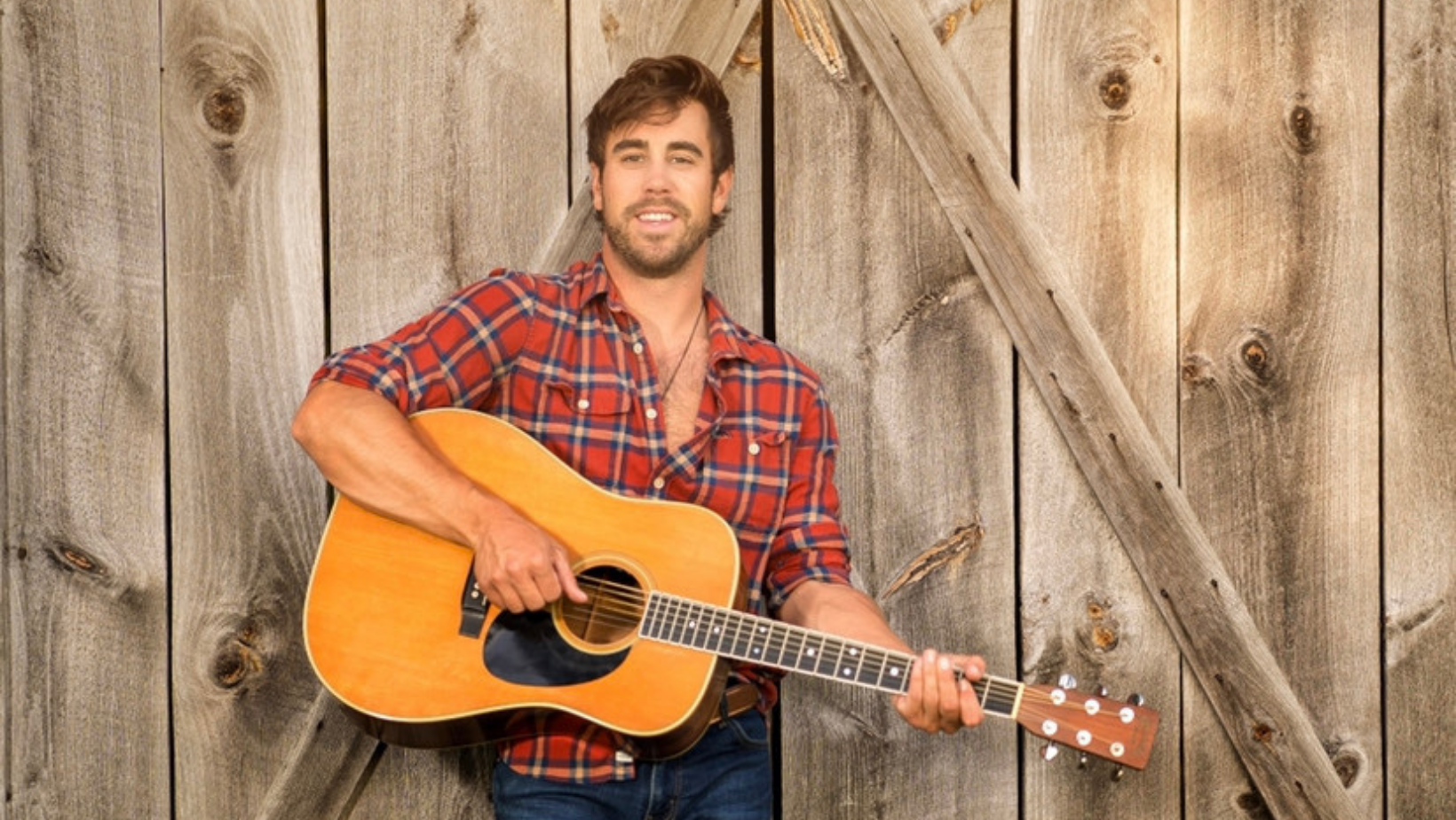 Tyler Parkin is a singer-songwriter and performer. He grew up in Northern Michigan where he learned to play drums, guitar, sing and write songs. He took his dream to Nashville Tennessee where he played on the busy strip of Broadway downtown Nashville. He sang and entertained for Tootsies, Orchid Lounge, The Stage, Legends Corner, Kid Rocks, Second Fiddle, Rippy’s, Honky-Tonk Central, FGL House, Redneck Riviera, Crossroads, Nudies, Tin Roof, Hard Rock Café, Nashville Underground and many more.

Ty spent four years touring and has opened for artists such as Tyler Farr, Eddie Montgomery, and Craig Morgan. He has recorded under Dark Horse Studios in Franklin Tennessee among top producers. “Drinkin 4 Two” “Such a Beach” & “Lonely Time” are three of Ty’s songs currently spinning on local country radio stations.

Throughout his travels Ty has gained numerous country music friends and together, they have graced countless Nashville stages. Ty and friends share original music along with stories of solid country gold from outlaw Johnny Cash to Chris Stapleton. Join Ty and friends as you take a lyrical trip to Nashville and enjoy an amazing evening of country music. 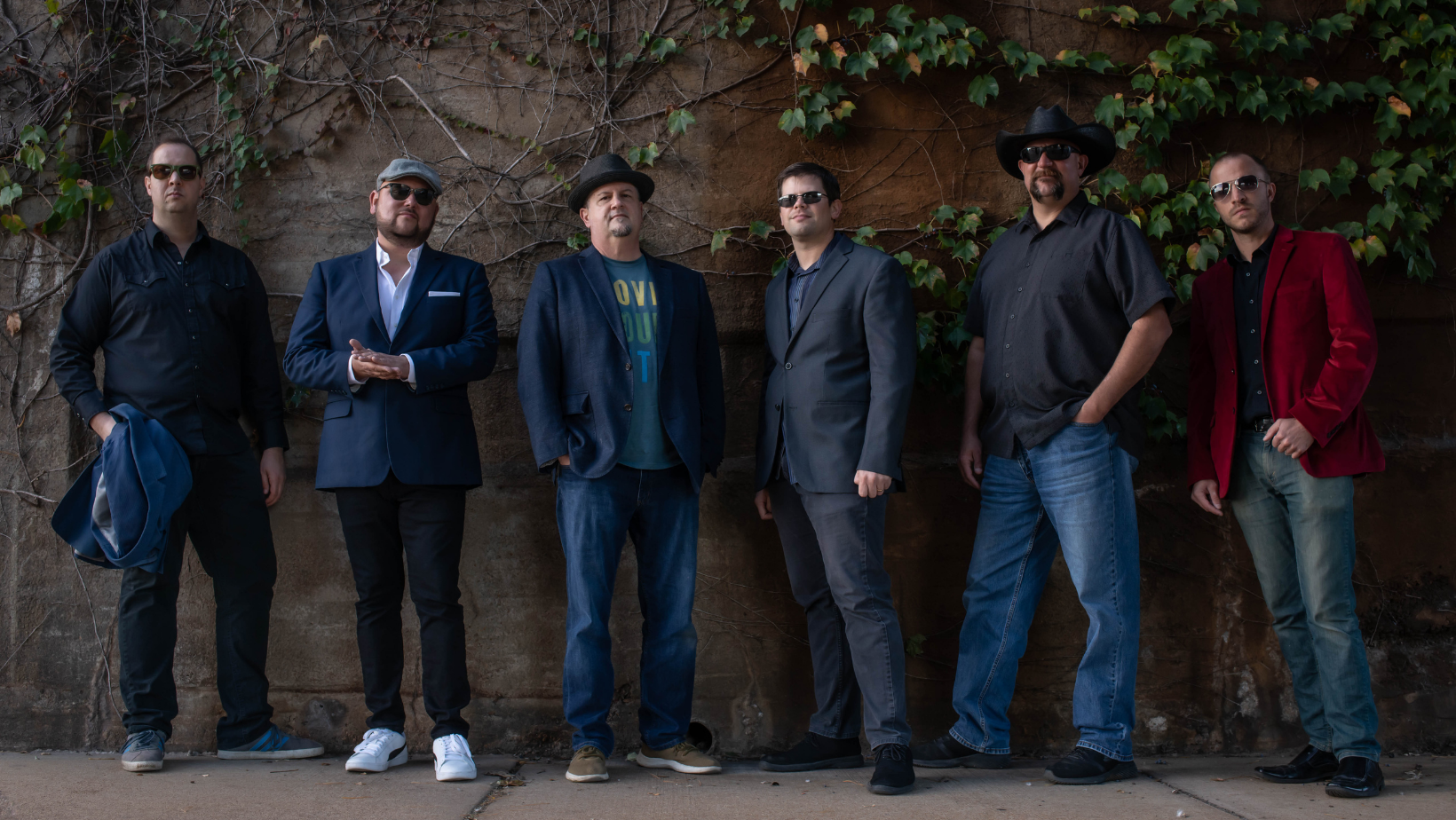 The Funky Butt Brass Band was formed in 2008 by six talented musicians who respect and revere the New Orleans brass band tradition. The FBBB takes traditional New Orleans brass tunes and sprinkles in their own brand of special Saint Louis musical magic. At any given gig, you’ll also hear some Chicago blues, Memphis soul, Southern rock, and St. Louis R&B. 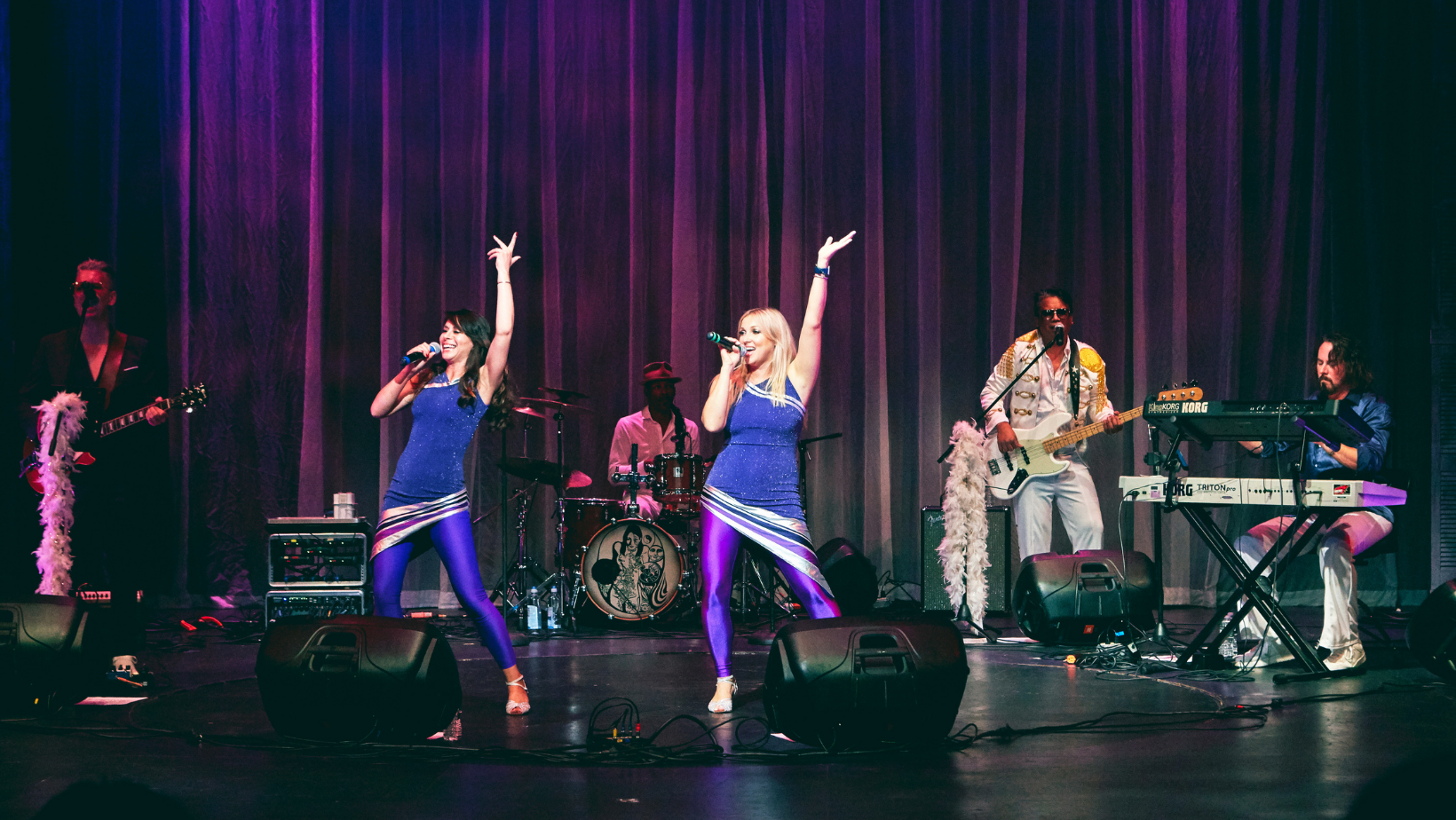 The Tribute to ABBA, the greatest pop supergroup from Sweden, electrifies audiences of all ages with the best hits ”Mamma Mia”, ”Dancing Queen”, ”Take a Chance”, ”Fernando”, and many more. Their team of seasoned musicians will take you on a nostalgic trip back to the glitz and glamour of the 70s with their beautiful harmonies, elaborate costumes, and exciting choreography! The New York City based touring tribute act has been featured on The Colbert Report with comedian Stephen Colbert and has toured with their show-stopping performances in theaters, colleges, casinos, and nightclubs across the nation! Don’t miss this opportunity to slip on your platforms and sing along to your favorite ABBA songs with the BEST ABBA Tribute Band our generation has seen yet! 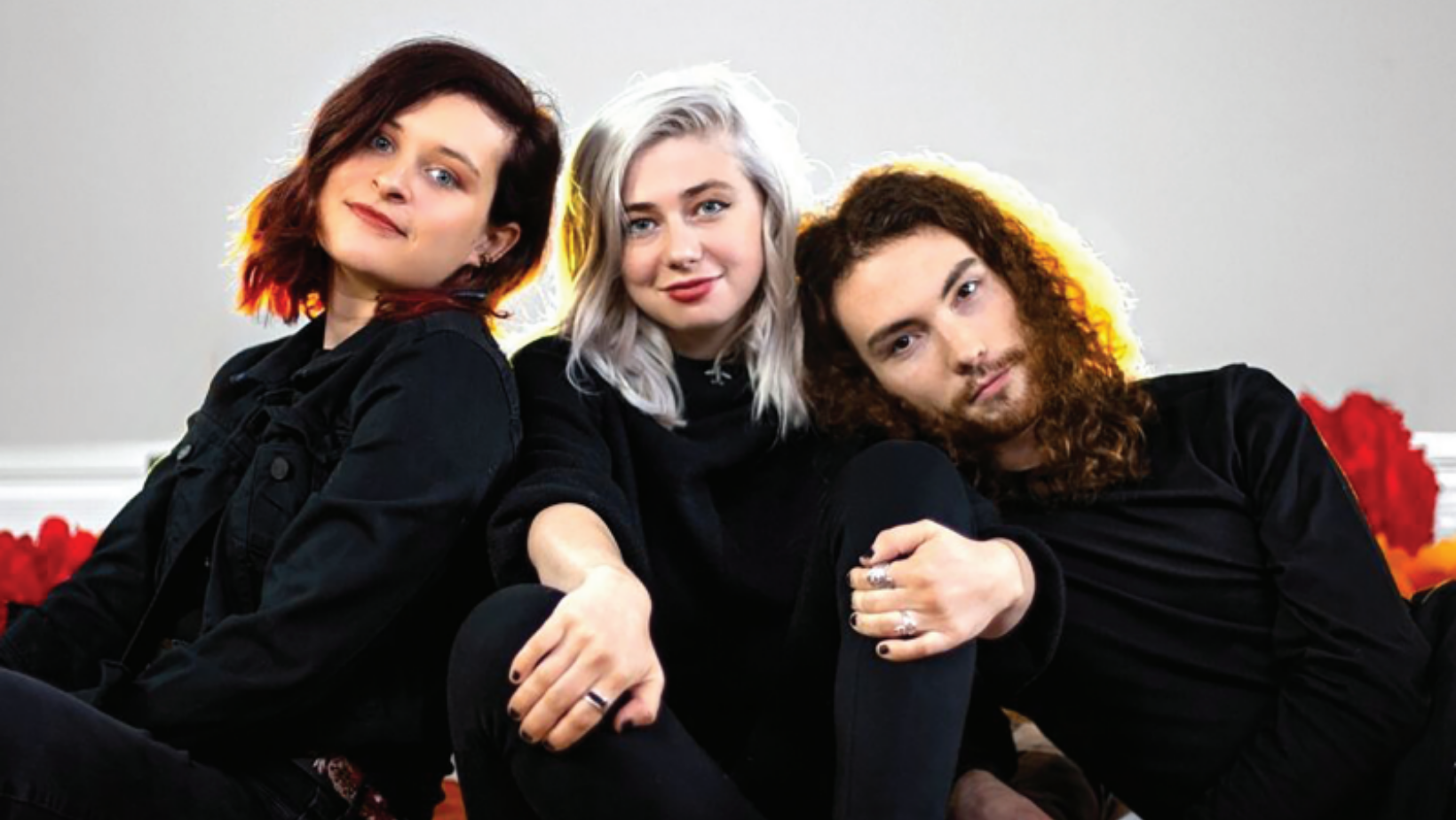 The Accidentals are an American band, formed in Traverse City, Michigan in 2012 by singer-songwriters and multi-instrumentalists Sav Buist and Katie Larson. The group has featured an eclectic blend of indie folk, pop, bluegrass, rock, classical, and other genres. They have released four full-length albums, two EPs, and two live albums.

Buist and Larson grew up in musical families, released their first two albums while in high school, hired percussionist Michael Dause in 2014, and began touring nationally. The band signed with a major label by the time the members were around age 21, but they later returned to releasing their recordings independently. They also lead music workshops at schools across the US. 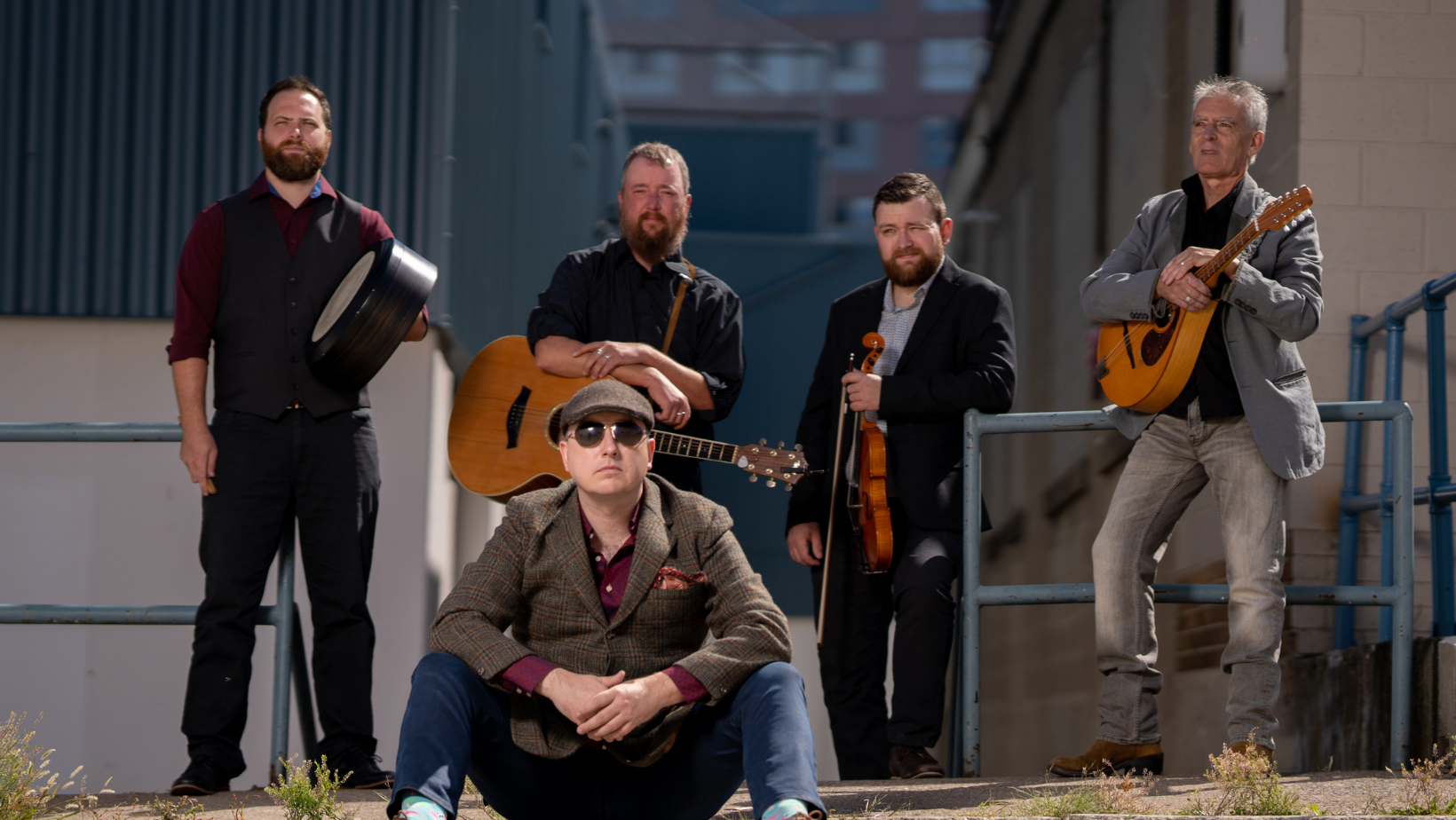 The Steel City Rovers perform dynamic and expressive music that is a unique composite of traditional Celtic music and North American styles including bluegrass, folk and roots. Their original works touch on issues of love, loss, celebration and heritage and they also breathe life into newly discovered instrumental melodies from as far back as centuries ago. Their sophisticated arrangements are inviting for the most casual listener but are rewarding for those who are well versed in the nuances of musical complexity.

The Rovers stand out for their powerful, emotive vocals and engaging entertainment. They perform on meticulously crafted replicas of historical instruments that rarely appear on today’s musical landscape. This highly active touring band headlines large festival stages, gives intimate concert performances, educates in a variety of workshop and master-class settings and performs internationally with symphonies. They create, collaborate and work hard to further the love and awareness of music. 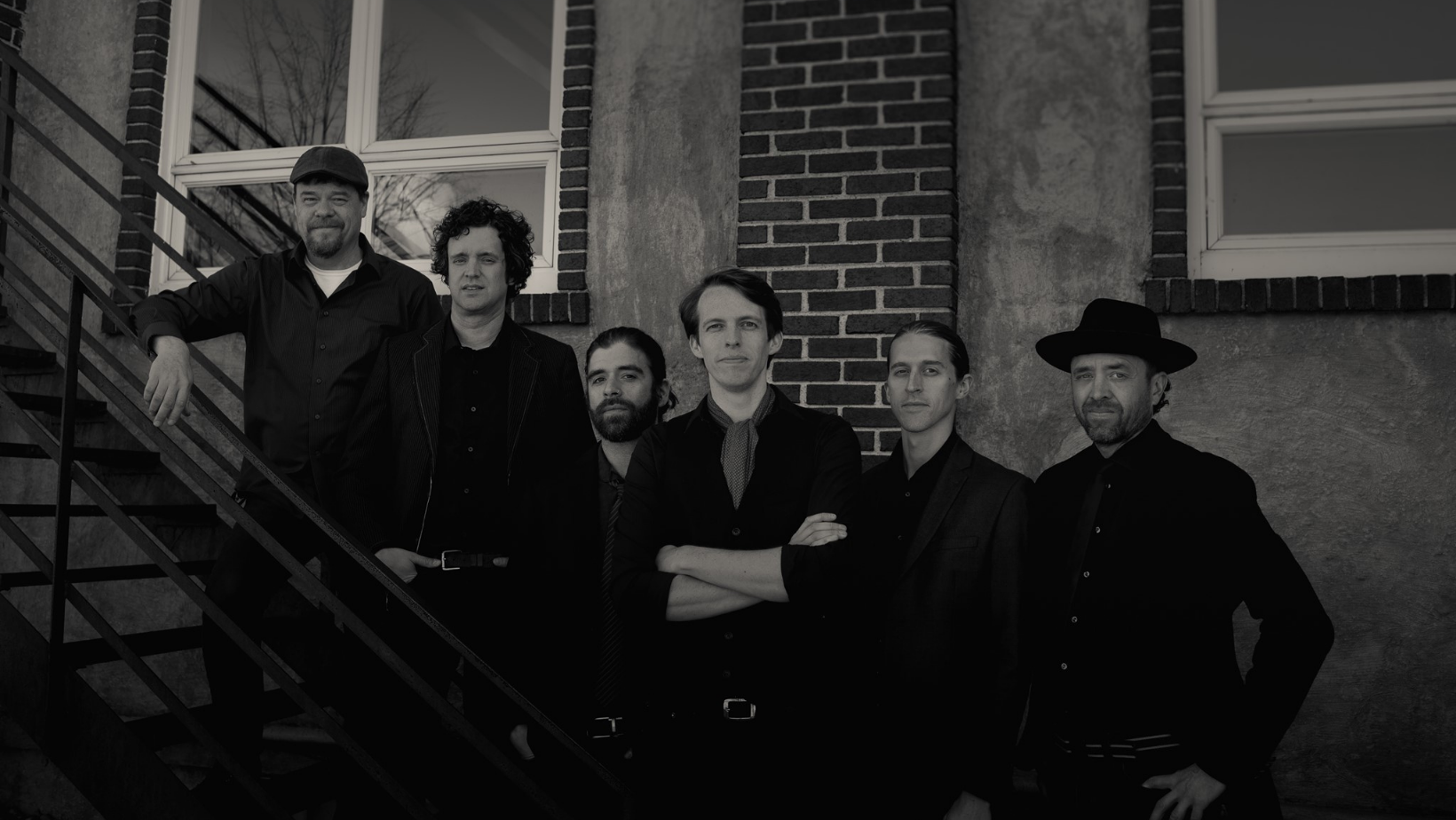 Close your eyes and you won’t know the difference. Open them and you still might be fooled. The Insiders present the premier Tom Petty and the Heartbreakers experience. With 6 veteran musicians and decades of combined stage and touring experience, The Insiders are genuinely running down the dream.

It all starts with front man Max Lockwood. “I grew up listening to Tom. My mom would play Tom Petty’s Greatest Hits while she worked out. I’d sit at the top of the stairs and listen to those songs—it was my most requested CD at the age of 6.” In high school, Lockwood’s band Big Dudee Roo started covering Mary Jane’s Last Dance at their frequent shows in West Michigan.  “Tom was part of the great American landscape to me—a legend by the time I was musically conscious. We got a great crowd reaction with Petty tunes, and people frequently commented that I sounded authentically ‘Petty’.”

Nothing has changed with time. After the passing of Tom Petty in October of 2017 Lockwood organized the band by pulling together some of his favorite musicians for a benefit concert. After a sold-out show that raised thousands for a local domestic violence shelter The Insiders decided they wouldn’t back down. “We try to honor what Mr. Petty and the Heartbreakers have done for rock and roll each night. We’re fans of the music foremost. These songs are woven into the fabric of the American identity.” They’ve found no shortage of demand, selling out shows everywhere they go in the first year of the band’s existence. Local Spins’ John Sinkevics had this to say: “The Insiders set the bar at a new level for Tom Petty tributes.” 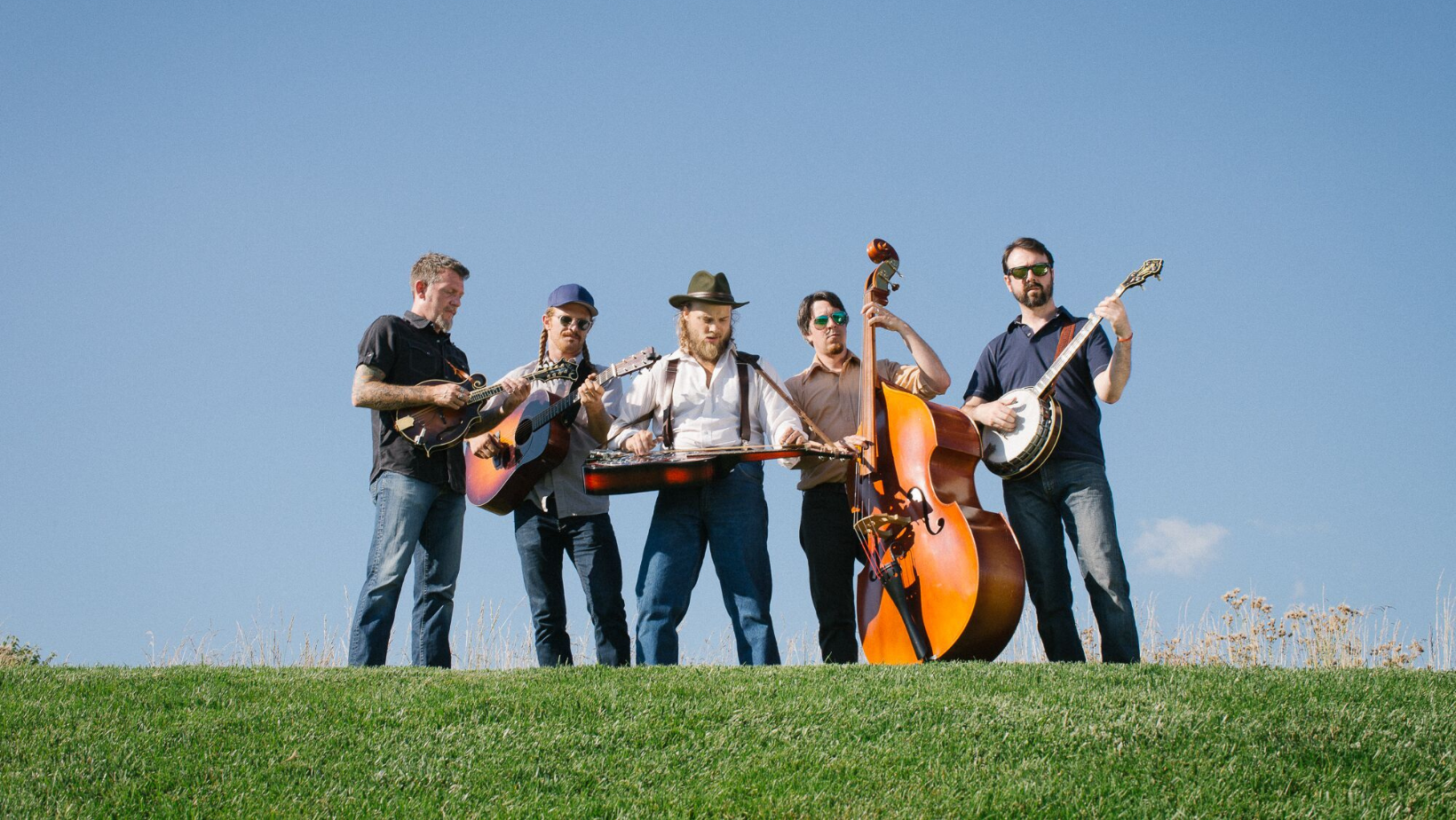 Anyone that has witnessed Lavengood perform will attest to these three key attributes: his big heart, wild energy on stage, and the aptitude on the many instruments that he plays. Mark Lavengood is a walking, talking ray of sunshine. His resonant energy and sparkling smile light up every stage, every studio, every room, RV and embrace he enters. A talented multi-instrumentalist, Lavengood specializes in dobro & steel guitar, both of which he’s played for over a decade, while also being well-versed in guitar, bass, mandolin, banjo, ukulele, drums, and a variety of percussion instruments. Having released 3 LPs and a 7-inch vinyl under his own name in conjunction with 3 LPs, and more with international touring act, Lindsay Lou (formerly, & the Flatbellys), Mark Lavengood is no stranger to the hustle of the music industry. On top of building out his music agency, Bear Mark Productions, Lavengood is creating music, videos, blogs, and more via his Patreon page. 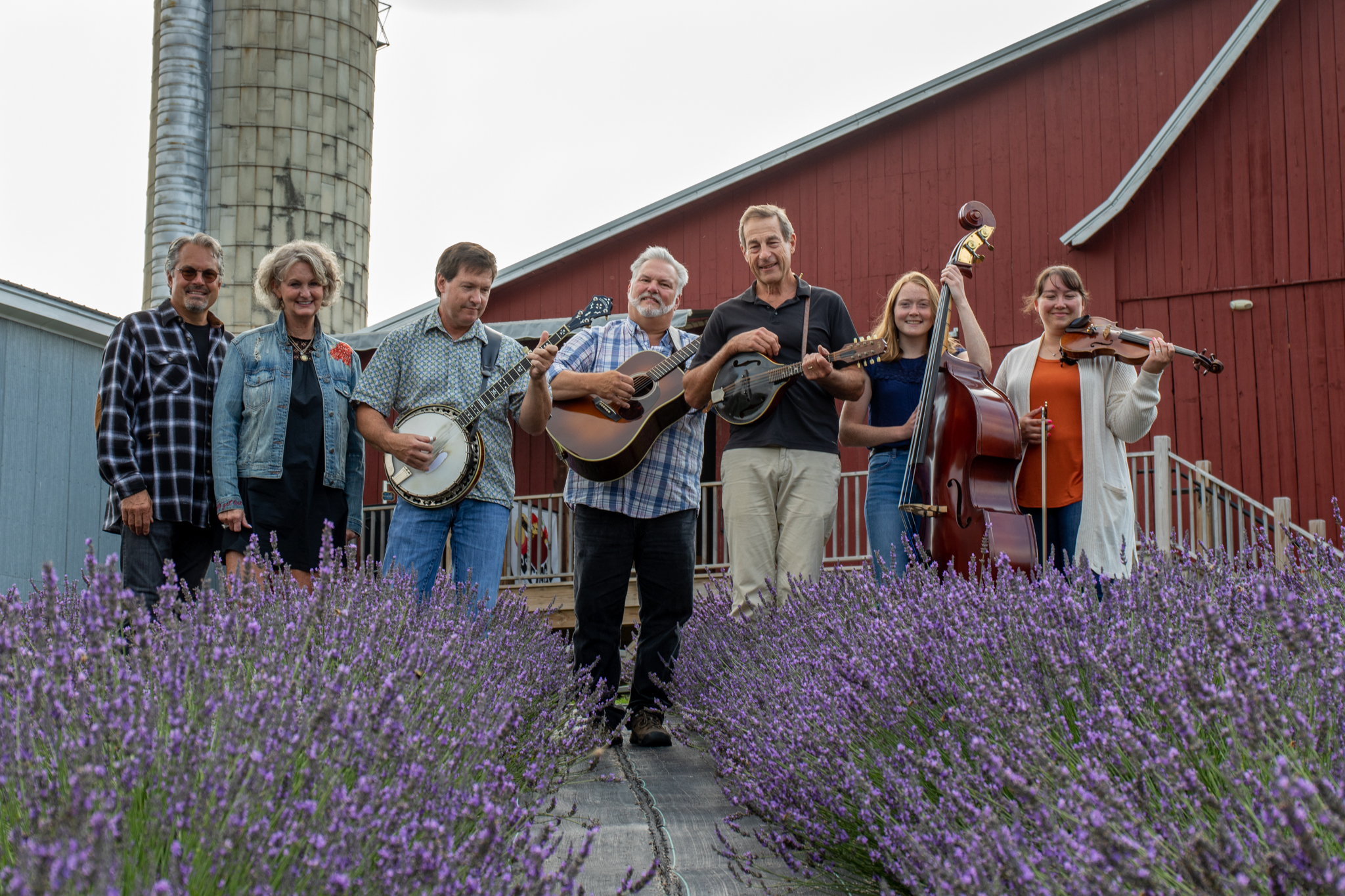 Horton Creek Bluegrass formed in 2004 after they played, what they thought, was a onetime gig to fill a spot. That one show went so well, that they had to keep on going. Initially, they began by playing mostly traditional bluegrass and gospel music. As time went on, they began to expand their musical influences, to create a sound that incorporates traditional/progressive bluegrass, country western, a little bit of rock n’ roll, all while keeping the core around the root’s music.

As our sound transformed, and the chemistry between band members grew and grew, the bookings for shows started rolling in. We have played concerts for sold out theaters, Bliss Fest, as well as being the opening act for major players in the industry, such as Trick Pony and Kellie Pickler. Their hopes are high, the bass is low, and of course, the grass is blue!

The Series Information
Get connected 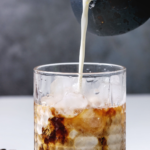 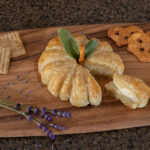 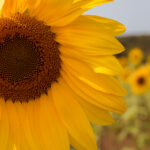