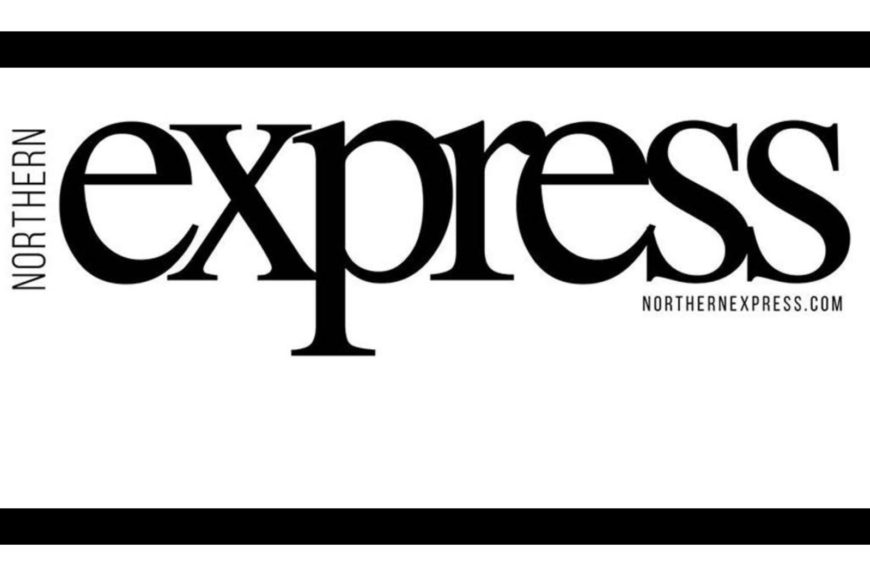 The following is an article from the Features section of Northern Express.

Live Music, Now Amid The Lavender

After 23 years of concerts, Aten Place closed the doors to its legendary Summer Concerts in the Barn series last summer. The venue’s hosts, Bill and Maxine Aten, had staged two decades’ worth of shows as a labor of love, presenting a wide variety of musical guests in their old post-and-beam barn on the grounds of an old dairy farm near Boyne Falls.

While their beloved barn and property has returned to the rustle and creak of its pastoral roots, the award-winning concert series they created isn’t keeping nearly so quiet. It’s moving on to new pastures — a lavender farm, in fact — taking on a new name, a grand new vision, but a strong tie to the traditions and musicians who helped make it the northern Michigan legend it’s been.

AGRITOURISM ASSETS
Credit to the barn-series-turned-farm-series’ revival goes to a trio of friends, all of whom hailing from cities: Rita Robbins, who lives in New York City, and Bill and Erin Mansfield, who live in Lansing but have long had a summer home Up North. Bill Mansfield works as a financial advisor; Robbins’ company provides services to financial advisors. The three have known each other for years.

Every summer, Robbins has had a ritual: Come to Michigan, head up to Boyne City, and visit a certain lavender farm near the Mansfield’s place.

Late in the summer of 2015, the Mansfields were having dinner in nearby Charlevoix when they overheard that lavender farm was going up for sale. They teamed up with Robbins, and the three of them purchased the property — Lavender Hill Farm — in 2016.

“The funny thing is, we’re grow 24 varieties of lavender here, but we’re basically three non-farmers,” Robbins said with a laugh. “I mean — I live in Manhattan. I’ve never even had a backyard. But we’re looking at this as a unique opportunity to help expand agritourism Up North and contribute to the local community here.”

UNIQUE FEATURES
When they bought the farm, neither Robbins nor the Mansfields had been to Aten Place.

“But a local couple who had been going to the concert series toward the end of its run drove by our farm one day, saw our barn, and stopped to suggest to us that we consider hosting the series,” Robbins said.

So they all went to see some shows at Aten Place during its final season.

“We spent a lot of time talking with Bill and Maxine and their staff, and we felt that it would be a natural fit to transfer the music series over to us,” said Robbins.

Robbins and the Mansfields plan to keep many of the same traditions of Aten Place. One of the unique features of the Atens’ barn venue was that there were no plastic chairs; instead, they’d installed vintage seats from movie theaters and courthouses.

“We’ve unbolted those chairs from the floor at Aten Place and moved them over here. We’re making a platform to bolt all the chairs to, so we can easily move them in and out of our barn,” Robbins said

They also purchased some of the light and sound equipment from Aten Place and made sure there was plenty of room for picnicking outdoors before the shows, just as Aten Place had offered.

“A lot of our musical lineup this first year are also artists who had played at Aten Place,” Robbins said.

CONCERT CAPACITY
Most of the shows are already booked for this first Lavender Hill Farm concert series, but Robbins and the Mansfields are hoping to push the season on into the fall and expand the breadth of offerings.

In addition to opening the barn for weddings and other events, they’re also bringing in Monday movie nights, barn dances, and yoga. “We’re trying to just be a resource, however we can be, to the community for some good entertainment and fun,” said Robbins.

They’re off to a great start already. With a capacity of around 266 people in the new barn venue (Aten Place’s barn held 175 seated), there’s plenty of room for music fans, and Lavender Hill has already sold a substantial number of season tickets.

The concerts will take place rain or shine (concerts start at 7:30; guests are welcome to picnic before each show starting at 6pm), and this summer will include performances from roots/rock band The Lincoln County Process (June 23), New Orleans-style horns outfit The Funky Butt Brass Band (July 28), Celtic-inspired ensemble Steel City Rovers (Aug. 25), and Chicago Americana band The Way Down Wanderers (Sept. 1), among others.

“I’m so looking forward to having our very first concert here,” Robbins said. “We usually close [the lavender farm] at 5pm, so having people here at sunset, using the farm in a whole new way, is going to be magical.”

Lavender Hill Farm is located at 7354 Horton Bay Rd. North in Boyne City (3 miles south of US31.) General admission tickets for the 2018 concert series are $22.50 each. Seating is first-come, first-served; season passes (with assigned seating) are $162 each and include admission to all six Saturday shows (additional shows are extra.) For more information or to purchase tickets, visit lavenderhillfarm.com, call (231) 582-3784, or email events@lavenderhillfarm.com.

Caption: Crooked Tree Art Center gave the Concert in the Barn’s series an eddi Award in 2014, naming the series one of the best contributors to the northern Michigan arts scene.

Above is an article from Northern Express.
Get connected 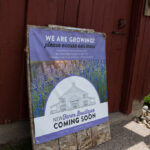 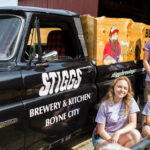 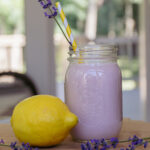